Ketamine is a dissociative anesthetic similar to PCP that is primarily used in veterinary practice as a tranquilizer. The drug was once used in humans as an anesthetic on the battlefield and before surgeries, but its dangers were soon realized and almost all legal use in humans ceased. Ketamine abuse, however, is known to be a problem as a club drug and otherwise. The effects of ketamine abuse are not fully understood at this time, but there are known consequences to the psychological well-being of users.

The effects of ketamine that most users report seeking out are its PCP-like effects. Dream-like dissociative states, hallucinations, and distortions in sounds and sight are some of these effects. There are several potentially dangerous ketamine effects, however, that are important to be aware of, according to Brown University.

The dangerous effects of ketamine include: 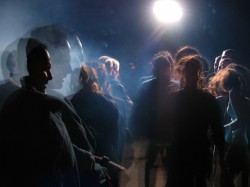 Ketamine’s dissociative effects can be very dangerous for users, especially in large doses.

In very high doses, ketamine causes an intense experience called a ‘k-hole’. This is described as feeling like a near-death experience where users are unable to move or communicate and feel very far from their body. They may be lost in their mind, thinking they are dancing or talking to people when they are in fact standing or sitting, motionless and zombie-like.

Ketamine abuse is thought to have negative effects on the memory, concentration, and psychological well-being of users. The drug is also associated with a tolerance that develops with repeated use, necessitating higher doses of the drug to reach the same effect. Developing tolerance can also lead to dependence or a need to take the drug to feel normal, and is associated with a higher risk of overdose.

A 2009 study from University College London investigated what the true effects of ketamine abuse are, and at what levels of abuse. The study found that over one year frequent, daily users experienced impairments in thinking ability and psychological well-being, visual memory, short-term memory, and verbal memory. For recreational ketamine users, described as using one to two times per month, and former users there were no disturbances in memory, attention, or other tests of psychological well-being. These groups did have mild delusions, however.

These findings suggest that occasional use does not cause long-term psychological damage or that the damage can be repaired. However, frequent use does, and the study did not look into physical effects such as organ damage.

Some other long-term effects of ketamine abuse include flashbacks, where a person suddenly is brought back to the feeling of being high on ketamine. Frequent use and higher doses can also lead to disruptions in consciousness that can cause neurosis or other mental health disorders.