Ketamine is a dissociative anesthetic that is sometimes injected to produce a deep sleep. The drug was developed in 1963 as a replacement for the then commonly used drug PCP. Most of the time, Ketamine is used in veterinary medicine as an animal tranquilizer however it can also be used in human medicine as an anesthetic. When the drug is found on the street, it has typically been swiped from a veterinary office. 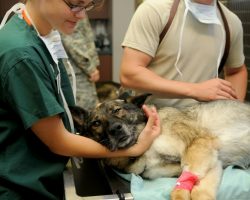 Ketamine is used in veterinary medicine as an animal tranquilizer.

Ketamine is manufactured as an injectable liquid that is clear. The drug is often evaporated to form a light colored powder that is then used on the streets. When Ketamine is abused by users outside of the medical field, it is often found mixed with other substances such as in MDMA, in pills or in other drugs. The translucence of the drug can make determining whether it is in a particular substance difficult to determine unless you physically test the product for traces of the drug.

The method of Ketamine use depends on the user. Some prefer to snort the drug or inhale it into the nose while others prefer to ingest the drug. Ketamine can also be injected though the majority of users snort in ingest it if using it on the streets. Because Ketamine is odorless and tasteless, it can be added to foods or drinks without being easily detected. Although it is not actually considered “the date rape drug” it is a date rape drug. Ketamine is sometimes placed into drinks of unsuspecting women and when they become lethargic or fall asleep sexual assault often occurs.

People who abuse Ketamine should know that there are a number of dangers associated with using this drug. The drug can lead to extreme dizziness, drowsiness and confusion. Amnesia is a likely outcome when Ketamine is used and this can lead to serious dangers for the user especially if he or she is in the wrong atmosphere or with the wrong people. Driving heavy machinery or operating motor vehicles can also pose serious dangers for the user.

Ketamine may produce weird or odd thoughts. Even when the drug is provided during a surgical procedure, the thoughts or behaviors that ensue following the surgery may be erratic or unusual. The same is true for a user who abuses Ketamine. These thoughts and erratic behaviors can lead to irrational activities that could pose serious risks to the user.

Many different side effects may arise when a user is taking Ketamine. Allergic reaction is always possible and may lead to serious consequences. Continued use of the drug can produce physical dependence and psychological elements associated with addiction. Using this drug will cause the heart rate to slow dramatically and may even cause the heart to stop beating completely which can be seriously dangerous if not treated immediately.

Ketamine can cause muscle stiffness, muscle spasms and seizures. Lightheadedness and dizziness are common when Ketamine is being used. Fainting or blacking out is likely and this can pose serious risks to the user. Some users will also experience nausea, vomiting, upset stomach, double vision and other side effects when taking Ketamine. It’s important to talk with a doctor if you are taking Ketamine either as prescribed or recreationally to ensure that you are safe.