Ketamine is a dissociative anesthetic that can cause the user to feel out of his or her body. The term dissociative means that the user will disassociate with him or herself while under the influence of the drug. This can cause a wide array of reactions including adverse behaviors, odd patterns of thought and erratic actions. Most commonly used in the medical field as a cat or animal tranquilizer, Ketamine is also abused by humans who want to get “high.” Those who abuse Ketamine often use one of the following Ketamine street names to discuss the drug rather than referring to it by the true medical name.

The most common Ketamine street names include: 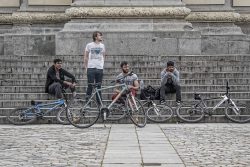 Ketamine street names are used to hide the sale and use of this drug.

Ketamine street names that are brand or type specific include:

Ketamine: From the Veterinary Clinic to the Street

Some people have even derived street names for Ketamine based on the way that it is used such as when it is snorted it may be referred to as “bump.” When Ketamine is placed in a drink, it may be called “Special la Coke” or “Super Acid.” All of the Ketamine street names that are widely used today have something to do with how it is used, what type of Ketamine it is or a simple derivative of the name “Ketamine.”

The drug may be called “Vitamin K” if it is ingested. Ketamine street names that refer to using the drug via injection include “Ketaject” and various other denominations of this term. It’s important to note that no matter how Ketamine is being address on the streets, there are no safe levels of recreational ketamine use. Using this drug without medical supervision can lead to out of body experiences and may even cause death.

There is no safe level of Ketamine use outside of the use as prescribed in a medical setting. Recognizing the many Ketamine street names can help you to better understand what others are talking about if you happen to overhear activity or conversations that may be drug related. Pay close attention to the most common street names including “Special K” and just “K” but also be understanding and informed on the many other street names that are being used to openly discuss the use of this dangerous drug.