The most well known facts about Ketamine tolerance are that, the more often it is used and the more frequently, the faster the tolerance progresses and that, Ketamine addiction is mainly, psychological. The urges to use the drug, often occur from a desire to feel its tranquil, hallucinogenic, and psychedelic effects, to escape reality and become disconnected from one’s true environment, or to be more involved in underground, social, sub-culture events. This drug is also known as “Special K” and it has become increasingly, popular among teenagers and younger adults. When mixed with other ingredients, it is sometimes presented as ecstasy and used at raves and other club scene activities. The sense of detachment, dissociative, psychedelic, and hallucinogenic effects produced by Ketamine is what promotes its recreational abuse. The knowledge that the drug has fewer side effects than other psychoactive drugs, such as PCP, mushrooms, or Ecstasy, which includes ingredients and compound forms that differ, widely, from batch to batch, provides the user with a sense of safety to have a brief experience with a psychedelic drug for a short duration, and for which they foresee no major consequences. As in the case of other psychoactive drugs, Ketamine tolerance, increasingly, requires more of the drug to achieve the desired effects and many times, even these greater amounts become insufficient in producing a “high” as the brain becomes conditioned to counteract the effects, or the length of the “high” becomes drastically reduced. 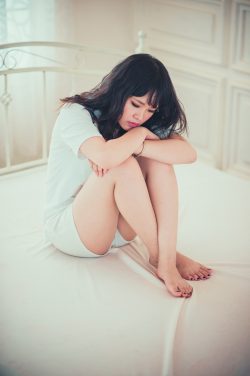 People, who have developed a Ketamine tolerance, suggest that refraining from use for extended lengths of time, may bring back the ability to experience the “K-hole”, as they call it, when Ketamine tolerance occurs. But an addict who is predisposed to abusing drugs, or diligently increases the amounts that they use, runs the risk of several safety hazards, including memory impairment, mental health disorders or other psychotic disorders, or even death. After several uses, withdrawal symptoms such as depression, irritability, or insomnia may occur. The greatest consequence that arises from Ketamine tolerance is the effect on social relationships, behaviors, and responsibilities, especially, when these effects become unwanted or prolonged, or when the addict’s persistence to use interrupts their normal life functions.

Ketamine tolerance varies by user, but long term Ketamine tolerance can require dosages of up to 2000 mg. when an initial dose averages from 25mg. to 100 mg. when used intravenously. While some people believe Ketamine tolerance can be adjusted through occurrences of small doses, infrequent usage, or abstinence over time, including weeks or months, and depending on levels of prior use, one thing is known for sure, Ketamine tolerance is classic and repeat usage will eventually, result in higher dosage requirements. Used in smaller amounts, the drug acts like a tranquilizer and dissociative anesthetic for out of body experiences and since this is the desired effect for recreational users, higher dosages are not recommended by any addict unless there exists a high Ketamine tolerance. Medicinal doses are intended to have a sedative effect that produces amnesia, dissociation, and temporary paralysis while performing minor and short duration surgeries, mostly in veterinary settings. This is not the typical, desired effect for Ketamine abusers because they prefer to remain conscious, albeit with distorted perceptions and an “out of body” sense.

When Ketamine tolerance develops, increased dosages can become lethal. As the serotonin levels of the brain refuse to respond, addicts may turn to using other drugs to enhance the effects and these interactions can be very dangerous. Some side effects of Ketamine use may last for a couple of days but, the main sedative, or tranquilizer effect, usually lasts less than an hour. As Ketamine tolerance increases, the effects may become more negative and as with any psychoactive drug, changes in brain functions can be minor to severe.