As one of the more powerful hallucinogen drugs, ketamine produces a range of effects that extend well past the “out-of-this-world” sensations most users experience. Ketamine actually has a legal use as an anesthetic agent for use during surgical procedures.

Ketamine’s anesthetic effects give a pretty good indication of what this drug is capable of when abused or used in excess. Not surprisingly, the body’s respiratory functions does undergo some degree of change when ketamine is at work.

If you need help finding treatment for ketamine abuse, call our toll-free helpline at 800-601-3889(Who Answers?). 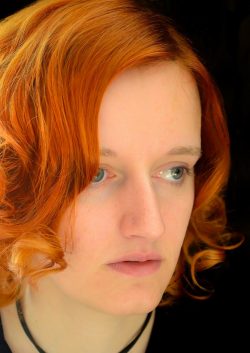 Ketamine use can slow brain functioning, leading to respiratory issues.

The altered state of consciousness brought on by a ketamine “high” develops out of ketamine’s ability to decrease or slow brain cell activities. According to the British Journal of Anaesthesia, ketamine acts on the brain’s glutamate production outputs by blocking glutamate receptors and slowing glutamate secretion rates.

The end effect essentially shuts off information exchanges between the brain and body, which leaves the brain to create a reality of its own. In large enough amounts, ketamine’s “shut-down” effect can easily impact the body’s respiratory system.

The type of “high” experienced while on ketamine depends on the dosage amount taken. According to the National Highway Traffic Safety Administration, snorting anywhere from 30 to 50 milligrams produces a dream-like effect, whereas doses of 60 to 125 milligrams brings on a state of unconsciousness.

Ketamine’s full anesthetic effects take shape once a person enters the K-hole. This is the point where brain and body communications shut down. These conditions account for why ketamine works well as an anesthetic agent.

According to New York University-Steinhardt, the mind becomes unaware of incoming physical sensations from the body once the K-hole effect takes hold. Under these conditions, the respiratory system not only slows down, but the brain is unable to regulate or maintain normal breathing rates, which can be deadly with a large enough ketamine dose.

Someone who enters into the K-hole state on a frequent basis can actually deprive his or her brain of needed oxygen supplies. In effect, needed amounts of oxygen are lacking in the brain’s tissues on a continual basis. This condition has a cumulative effect on overall brain functioning.

After a certain point, ketamine users may start to show signs of oxygen deprivation dementia, which is a progressive brain disease that’s comparable to Alzheimer’s. Changes in the body’s respiratory system and overall functional capacity account for this developing condition.

Signs of oxygen deprivation dementia include:

Ketamine’s ongoing effects on the respiratory system can compromise a person’s overall health status over time since the body’s cells rely on oxygen to function normally. As one of the few hallucinogen drugs capable of causing addiction, anyone who uses this drug on a regular basis may well want to consider getting treatment help when ketamine use spins out of control.

If you need help finding a ketamine addiction treatment program, please don’t hesitate to call our helpline at 800-601-3889(Who Answers?).