Ketamine belongs to the dissociative class of hallucinogenic drugs, most characterized by the total disconnect from reality users experience. Legal uses of ketamine include: 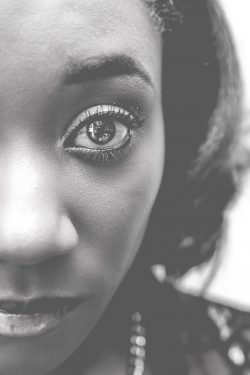 Euphoria and delirium are common short term effects of ketamine.

As with most any anesthetic-type drug, ketamine shuts down certain areas of the brain, leaving users in a helpless, vulnerable state. According to Brown University Health Education, ketamine works by forcing the brain to produce increased amounts of glutamate, an essential neurotransmitter chemical. Excess amounts of glutamate can slow the brain’s electrical activity down to dangerous levels. Not surprisingly, these effects offset a range of bodily functions, which accounts for the appearance of ketamine short term effects. Ketamine short term effects commonly experienced include:

Ketamine short term effects can vary widely depending on the dosage amount ingested. The K-Hole effect occurs once a person enters into a dissociative state, which typically results from ingesting large drug doses.

Dosage amounts of 60 to 125 milligrams bring on the K-hole effect when injecting the drug, while snorting requires doses of 100 to 250 milligrams. The initial effects of the drug leave users unable to move, followed by a total loss of physical sensation. Short term K-hole effects experienced include:

With each dose of ketamine, brain cells secrete copious amounts of glutamate neurotransmitter chemicals. A ketamine high can last for as long as 24 hours, with certain aftereffects remaining for days after. During the high period, brain chemical functions undergo a considerable degree of strain, which can leave users in detached mental state for days after using the drug.

The dissociative effects associated with a ketamine high leaves users in a completely vulnerable state. For this reason, ketamine has been classified as one of a handful of “date rape” drugs as someone under the influence of this drug has no control over what happens to him or her. Ketamine’s numbing effects can also place a person at high risk of death from accidents, such as when driving or even when taking a bath.

Dosage-wise, there’s only a slight difference between experiencing ketamine’s desired effects and overdose, so users place themselves at considerable risk whenever they use the drug. Symptoms of overdose may only last a short while, but they can also cause death unless a person gets immediate medical attention.