According to the National Institute on Drug Abuse, drug use increases in times of stress and depression. People often use drugs to self-medicate for these conditions. The holidays are a time of happiness for some but a time of extreme stress and depression for others. Some people use drugs to get away from the holiday stress. A popular drug to use is ketamine. As a dissociative drug, ketamine gives the user a feeling of disconnection between mind and body. It allows you to feel disconnected from the stress and issues that the holidays bring.

Ketamine use might increase during the holidays for four reasons.

The first is that people who suffer from depression around the holidays want a way to escape. Due to its dissociative properties it provides a sense of unreality.

It allows a person to feel as if they are not connected to their problems. They use the ketamine to escape their life, responsibilities, and other issues; this includes Christmas, holiday, and family stress.

As a Club Drug 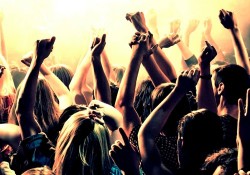 Ketamine is a popular club drug.

The other reason why ketamine use might increase during the holidays is the fact that the majority of the ketamine users are high school and college age. The winter break gives some students a chance to do things that they would not otherwise do.

Unfortunately, some students use ketamine to excess during the holidays. There is an also an increase in college and high school parties during this time. Drug use at these parties is a known fact and ketamine is a very popular club drug.

Some people think that ketamine allows them to think outside the box and expand their consciousness while they are on it. They think that they will come up with a solution during a ketamine experience that they would not otherwise. This is dangerous thinking. Although many people think that ketamine expands their consciousness, it also causes forgetfulness. Most people who take ketamine forget the things they experience within a few hours after coming down off the drug.

As a Date Rape Drug

An unfortunate reason for the increase in ketamine use is not necessarily recreational. The holiday season brings with it large amounts of drinking as well as gatherings. Ketamine is one of the date rape drugs used to drug people into submission for sexual purposes. Any time there is an increase in alcohol consumption there is at least a slight increase in date rape.

Since ketamine makes you forget your experiences while on the drug, it is a perfect tool for sexual predators. Holiday drinking brings on a rash of these kinds of crimes. Unfortunately the victim may not even realize what has happened when they wake up from their drug induced state.

For more information on ketamine, its increased use, to get treatment for ketamine abuse or addiction, give us a call at 800-601-3889(Who Answers?). We can help you find your way out of ketamine addiction.