Ketamine is a very popular drug in the club and party scene. Its dissociative effects are said to enhance the party atmosphere and improve the users level of consciousness. Unfortunately, the fact is that ketamine has numerous side effects, many of which are incredibly severe.

There is a very high risk of date rape, persistent hallucinations, heart and breathing difficulties, and even death. Another little known effect of many club drugs is substance induced psychosis. But, does ketamine cause drug psychosis symptoms?

What is Drug Psychosis? 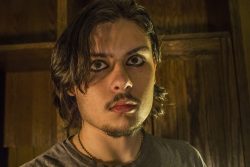 Ketamine psychosis is characterized by hallucinations and delusions.

These symptoms indicate a drug psychosis, and are unfortunately common in ketamine users. For this reason, it is important to receive treatment for your ketamine use before it is too late.

What are the Dangers of Ketamine Related Psychosis?

Instances of substance-induced psychosis, though common, do not typically last longer than a few hours to a couple of days. This does not mean it is not dangerous, though. Dangers from just one instance include:

While these possible dangers are bad, there is also a risk that the psychosis can last longer than is typical, possibly even for the rest of your life. Additionally, once you have an episode of ketamine psychosis you are at greater risk of recurrences, particularly if you use ketamine again.

To avoid these dangers, it is important to get treatment for ketamine abuse and addiction by calling 800-601-3889(Who Answers?).

Relationship Between Ketamine and Drug Psychosis

It is still unclear exactly why ketamine use triggers psychosis in users. Some believe that it occurs in people that are already at risk for mental illnesses that present similar symptoms, such as schizophrenia. However, it is considered more likely that the psychosis occurs because of the way that ketamine use changes brain chemistry.

According to Brown University, ketamine blocks the neurochemical glutamate, which results in the hallucinations and may explain the psychosis. This change could be permanent, and highlights the need for treatment to stop using ketamine.

Is there Treatment for Ketamine Psychosis?

The only way that you can be sure that you will not suffer the damaging effects of ketamine induced psychosis is to not take ketamine. If you are already abusing it, or are addicted to it, your chances of avoiding this outcome are greatly reduced. However, receiving comprehensive treatment for your ketamine use is the best thing you can do in order to minimize this risk.

To find a treatment center that can address all of your needs and concerns, call 800-601-3889(Who Answers?) today. Our dedicated staff will assist you in getting the help that youneed to get off of ketamine and get your life and health back under control. Let this be the first step in your road to a successful recovery.