Although ketamine was developed for use during the Vietnam War as a surgical anesthetic and an alternative to PCP as a safer painkiller, it has not had been widely used because of its unpredictable side effects. Today, researches are exploring the use of Ketamine in a number of ways and as interests are sparked by coverage of the drug via the internet, Ketamine abuse steadily increases. 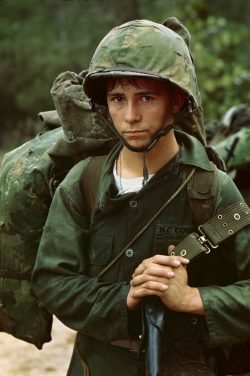 Ketamine was formerly used as an anesthetic in the Vietnam  war.

Ketamine, like PCP, is a dissociative anesthetic that distorts perceptions of sight and sound while producing feelings of detachment (dissociation) from the environment and self. It has long been known as a “date rape” drug because it can incapacitate the user making it difficult for them to move or speak, unable to distinguish reality from dreamlike state, and produce amnesia of the events that take place while under its influence.

1. Since 2006, Ketamine emergency department visits have been increasing steadily. The highest increases have been since 2008 where a reported 344 visits involved Ketamine and in 2011, there were a reported 1,550 according to the Drug Abuse Warning Network (DAWN).

2. Ketamine is quickly being recognized as a beneficial drug to use by emergency medical techs (EMTs) in various scenarios. Ketamine produces less cardiovascular and respiratory depression than opioids such as morphine and can be used in pre-hospital emergencies to:

3. To relieve pain in combat, according to a 2012 report from the United States Defense Health Board, Ketamine” when considered along with a small retrospective study suggesting a correlation between ketamine used intraoperatively for burn patients and a decreased incidence of PTSD, the theme of effective pain remediation and lower rates of PTSD persists.”

4. Ketamine has been found to be an effective treatment for depression in treatment resistant cases. It can be administered via intravenously IV and has the ability to reduce depression symptoms up to two weeks. It has also been shown to significantly reduce suicide ideations, post traumatic stress disorder, and obsessive compulsive disorders.

5. Long term use can cause irreversible bladder damage and Ketamine bladder syndrome is a relatively new phenomenon among Ketamine abusers. It was first documented in 2007 and causes bleeding, frequency, urgency, and pressure.

To learn more about ketamine abuse, or for help finding addiction treatment, call 800-601-3889 (Who Answers?).