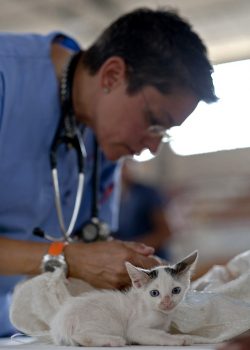 Ketamine is a prescription veterinary anesthetic that has various brand names.

Ketamine can also be found under the brand Ketalar SV which stands for sodium valproate. Because ketamine is “available by prescription only, and is commercially available as a veterinary anesthetic,” it is often stolen from veterinary offices by addicts and those who want to sell it. It is difficult to manufacture for these purposes, so that is another reason why it is often stolen.

Other brand names for the drug are:

No matter what the brand is, ketamine comes as either a liquid that is clear in color or a powder that is off-white. The drug is not usually used on humans because of its ability to cause dependence, psychological issues, and addiction, but those who abuse it will feel calm, enter a state of sedation, and become detached from their environment. This is why ketamine is usually abused in a club setting and is called a dissociative anesthetic.

Will Ketamine Abusers Use Brand Names?

Cat Valium is also a popular street name for ketamine because the drug is most commonly found in and stolen from veterinary offices. However, many people use variations on the K in the brands and generic name for ketamine, as it common throughout the different terms for the drug. Whether a person is talking about the brand names of ketamine or the street names, it is usually easy to compare the two.

Why Know the Brand Names for Ketamine?

Knowing the brand names for ketamine could be very important, especially if you are suspicious that someone you love may be taking the drug. If that person receives ketamine from a source outside the US, like Mexico, it may help you to know that Ketalin is the Mexican brand name for ketamine.

The more you are aware of a drug, the safer you will be. If you are concerned about someone’s use of ketamine, look for drugs hidden around the house with one of these brand names. It may not say ketamine anywhere on the package, but one of these terms could be used. Ketamine is a dangerous drug which can cause many problems for its abusers.