GHB and ketamine both belong to the dissociative class of hallucinogens, best known for their ability to disconnect communications between the brain and body. This disconnection paves the way for the brain to enter a hallucinogenic state. In effect, mixing GHB and ketamine not only leaves users open for wild drug “trips,” but also comes with a high potential for a range of dangerous effects.

Call our toll-free helpline at 800-601-3889 (Who Answers?) for information on available treatment program options.

GHB and Ketamine: Two Sides of the Same Coin 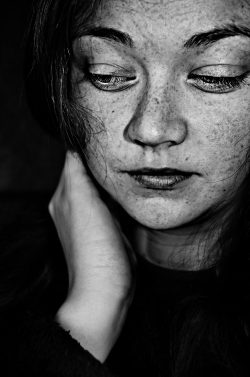 Mixing GHB and ketamine can lead to blackout episodes.

GHB and ketamine differ in chemical makeup, but nonetheless produce many of the same effects. According to the University of Maryland, the body actually secretes GHB, which normally produces depressant-like or slowing effects on the brain’s chemical activities. The street version of GHB produces hallucinogenic effects on top of its depressant properties.

Ketamine’s regular use as an anesthetic drug speaks volumes about its ability to depress and even shut down brain/body communications. Like GHB, ketamine effects vary according to dosage level though ketamine has an extremely high potency level, so only small amounts are needed to produce comatose-like effects.

Ultimately, combining these two drugs is a recipe for disaster, especially when using them at a party or in a nightclub environment.

Effects from Mixing GHB and Ketamine

Blackout episodes exist as one of the main dangers of mixing mixing GHB and ketamine. Both GHB and ketamine have been labeled as “date rape” drugs due to the powerful depressant properties these drugs posses.

Their combined effects can easily render a person unconscious, leaving him or her highly vulnerable to sexual assault when used in a nightclub environment.

Unlike other types of hallucinogen drugs, the brain can develop a tolerance to GHB and ketamine with continued use, with tolerance levels increasing rapidly for ketamine. As tolerance levels rise, a person has to keep taking larger doses in order to experience the desired “high” effect.

This danger of mixing GHB and ketamine sets the stage for physical dependence and eventual addiction to develop.

What Is Ketamine, How Is It Used, And Why Is It Dangerous?

With regular or frequent use, the effects of mixing GHB and ketamine not only alter the brain’s chemical system, but also changes how the brain works. Over time, the brain comes to depend on the effects of these drugs to function on both a physical and psychological level.

Once addiction takes hold, users reach a point where drug use becomes a primary “need” as well as a means for coping with daily life pressures.

With ketamine’s anesthetic effects and GHB’s depressant properties, overdose risks increase exponentially when mixing these two drugs. According to the National Drug Intelligence Center, GHB effects vary considerably in terms of dosage amount. Ketamine effects vary even more so. This means even the slightest miscalculation in dosage levels can lead to an overdose event.

If you or someone you know are considering treatment for a GHB and/or ketamine problem, call our toll-free helpline at 800-601-3889 (Who Answers?) to speak with one of our addiction specialists.