College-aged men are in danger of particular drug addiction trends just like women of the same age. If you are in this age group or know someone who is, it is important to be aware of the particular effects ketamine abuse and addiction can have on college men and their health.

If you or someone you know is abusing ketamine, it is also necessary to seek safe, effective rehab for this issue by calling 800-601-3889 (Who Answers?) today.

According to the National Institute on Drug Abuse, men who abuse marijuana are more likely to develop a more severe disorder as well as to abuse more substances in addition to marijuana. 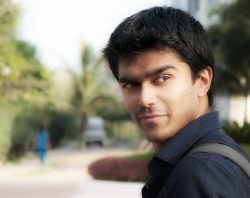 This means there is a particular danger that men will be likely to reach out to other drugs of abuse like ketamine, especially those in their early and late twenties and on college campuses. Sometimes, milder drugs like marijuana are laced with ketamine, and those who take it (either knowingly or unknowingly) experience more intense effects. These individuals may be likely to return for more if they enjoy the effects they experience.

Addiction is another particular problem. Men are often less likely to seek help, especially when they are convinced they do not require it, and because ketamine has not been as thoroughly researched as some other drugs, there is some confusion as to whether it causes addiction.

According to the NIDA, though, “There have been reports of people binging on ketamine, a behavior that is similar to that seen in some cocaine- or amphetamine-dependent individuals,” and cravings as well as tolerance are both possible side effects of ketamine abuse.

Men on college campuses are also in danger of abusing dissociative and dangerous drugs like ketamine, and some men might be likely to use this substance as a date rape drug. Because it causes amnesia, numbness, and impaired vision, it is often abused for this purpose (Center for Substance Abuse Research).

However, there is also a possibility that the drug could be used against men as well, and it is important to be aware of these effects if you are living a college lifestyle.

What Should I Do?

If you are a young man of college age, understanding the facts about ketamine and your particular concerns associated with the drug is an important part of staying safe on and off campus.

If you or someone you care about has developed an issue with ketamine, call 800-601-3889 (Who Answers?) today to find rehab centers that will cater to your needs. There are particular dangers associated with ketamine abuse and addiction that must be treated immediately for a safe and effective recovery, especially in young men.