As a recreational drug, ketamine produces unusual effects that take users into altered states of consciousness. People who engage in ketamine abuse on a regular basis open themselves up to psychological problems that grow worse over time.

The psychological effects of ketamine abuse can warp a person’s daily life in strange and sometimes dangerous ways. Considering ketamine is one of the few hallucinogens that can cause addiction, the need for treatment help quickly becomes apparent once addiction takes hold.

Someone under the influence of ketamine experiences any number of strange effects, including: 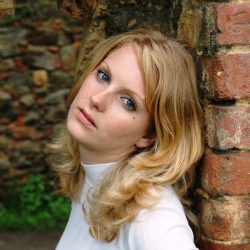 Ketamine abuse can impair your cognitive functions, making it difficult to communicate with others.

According to New York University at Steinhardt, these effects develop out of ketamine’s ability to slow brain electrical activity. In doing so, all sensory connections between the brain and body are blocked. When this happens, the mind is left to create its own reality that takes the form of hallucinations.

Ketamine’s intended purpose works as an anesthetic for use during surgical procedures, which accounts for its classification as a dissociative hallucinogen. With frequent ketamine abuse, the drug’s ability to create a feeling disconnection from one’s body can cause residual effects in a person’s daily life. Over time, users start to feel detached or disconnected from the world around them, even when they’re not under the influence of the drug.

During a ketamine “high,” users enter into a psychotic-like state of mind that’s expressed through the hallucinatory experiences had. Much like feelings of residual detachment can bleed into a person’s everyday life, a person can experience random flashbacks of hallucinations at any given time, according to Reuters Health. Flashback episodes can persist long after the effects of the drug wear off and potentially endanger a person’s safety depending on when and where they occur.

Ketamine’s effects on brain electrical activity can take a toll in terms of disrupting communications between neurons in the brain as well as throughout the central nervous system. In large enough doses, ketamine abuse brings on what’s known as the K-hole effect where users lose the ability to interact with their surrounding environment. Over time, the effects from entering this state can start to impair the brain’s cognitive functions to the point where it becomes difficult to communicate with others.

Ketamine’s addictive potential lies in its ability to create new realities in the mind of the user. These realities can be exhilarating and even transcendental in effect. With frequent drug use, a person can get into a pattern where ketamine abuse becomes a way to escape from or cope with daily life pressures. Once a person starts to use ketamine as a coping mechanism, the makings of addiction are at work.

The psychological effects of ketamine abuse can have serious repercussions in terms of warping a person’s sense of self and ability to function in the “real world.” Over time, ketamine abuse weakens the mind’s grasp on reality, which leaves the door wide open for addiction to take root. Ultimately, a person’s quality of life will continue to see decline in the absence of needed treatment help.

If you or someone you know are experiencing psychological effects from ketamine abuse and have questions about available treatment options, please feel free to call our toll-free helpline at 800-601-3889 (Who Answers?) to speak with one of our addiction specialists.