According to the NIDA, “Ketamine is a dissociative anesthetic, mostly used in veterinary practice.” It is often abused for the way it distorts a user’s perceptions and because it causes feelings of detachment and hallucinations. While some individuals take it voluntarily, ketamine is often given to people without their knowledge in order to facilitate sexual abuse. Ketamine is a dangerous drug, and using it once can cause problems, but some individuals use the drug often for a long amount of time.

The long term effects of ketamine use can be dangerous for both your mental and physical health. For someone who abuses ketamine, these effects should be known as they become more likely the more the individual abuses the drug. Ketamine is very harmful in the long term, and abusers of the drug should understand the dangers of this behavior.

Ketamine can have physical effects on the health of an individual. If someone abuses ketamine for a long period of time, they will encounter certain issues such as: 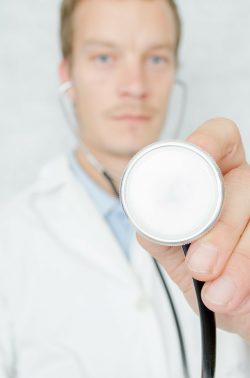 Ketamine abuse can cause tachycardia and increased blood pressure.

Many dangerous things can happen to someone who is abusing ketamine, and the longer a person does it, the more danger they are putting themselves in. Because ketamine is used in a number of date rape cases and because it causes heavy sedation, there is a possibility that an individual who regularly abuses ketamine could become assaulted or otherwise hurt without realizing it.

Also ketamine overdose, though rare, does occur. It can be deadly, and “may result in severe respiratory depression” (CESAR). It can also cause:

Even though some other drugs like heroin and cocaine have more intense and obvious long-term physical side effects, ketamine can cause extreme problems for individuals who abuse it often and regularly. Some of these may be caused by the repeated effects that go along with a ketamine high while others may occur because of outside effects. Either way, ketamine use over time can have extreme effects on your physical health.

Ketamine’s dissociative properties can cause many issues for a person’s mental health when they abuse it in the long term. Tolerance occurs which causes individuals who abuse ketamine to need more each time in order to feel the same effects of the drug. Dependence also occurs in those who abuse the drug in the long term. CESAR states, “A common feature of ketamine dependence is that of repeated binges where the user indulges in the drug in excessive amounts over a short period of time.”

These issues can be extremely problematic for a person’s psychological well-being, as the intense and long term use of ketamine does damage to a person in many of the same ways other drugs and psychedelics do. Some of these long term psychological effects are:

You can avoid the long term effects of keatmine abuse by seeking treatment right away. Call 800-601-3889(Who Answers?) now for help.